Curious to know what “I am feeling doodly” button on Google is and how to use it?

This article covers all the essential information regarding this Google Doodle feature and offers a direct link to the button.

So you can use it right away without having to use Google Search to try your luck.

What is “I’m Feeling Doodly”?

You may access entertaining Google Doodles and can play Doodle games that include the company logo. 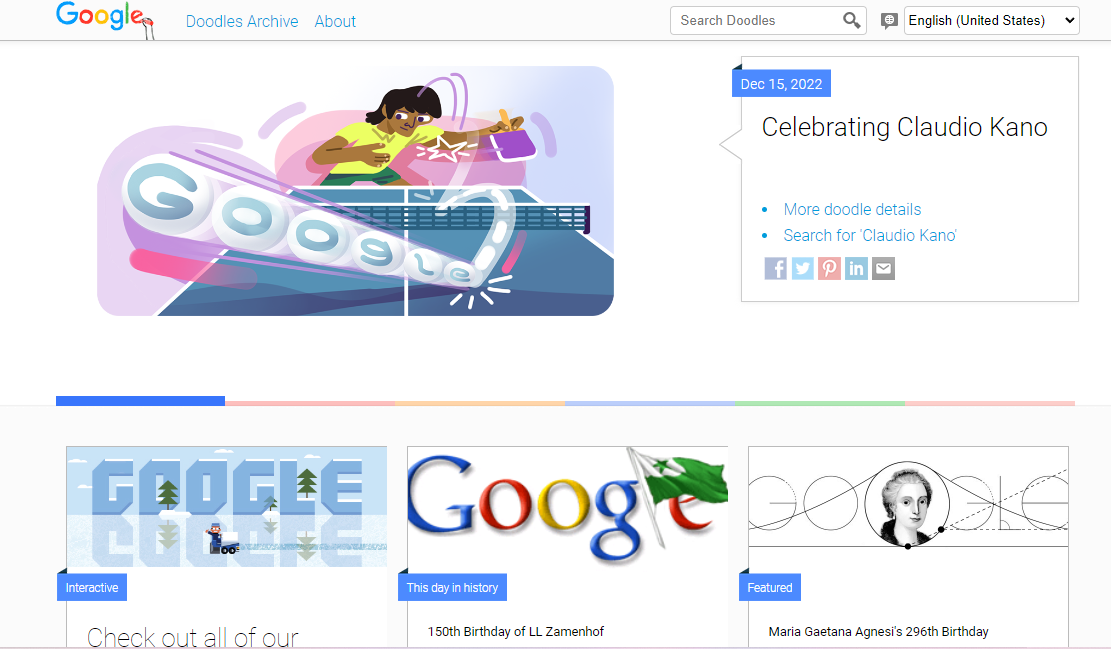 Nowadays google doodles gaining much importance because of the following reasons:

When you click on the I’m Feeling Doodly button on Google, you will see three different kinds of Doodles.

You can browse the Google Doodle of the day, as well as an archive of all previous Doodles, and various Doodly categories.

The following are some of the categories available on the Google Doodle Feelings homepage:

How to use the I’m Feeling Doodly Button

As previously defined, Google adds fun by showing unpredictable Doodly Feelings when you click over the “I’m Feeling Lucky” button.

Here is a listing of all the Feelings you can experiment with without pressing the Google Search button at random:

“Doodle 4 Google” competitions are held by Google to encourage all students to design their own Google doodles.

The public can vote for the winning doodle on the Doodle4Google website.

The winner receives a trip to the Googleplex as well as the broadcasting of the winner’s doodle for 24 hours on the Google webpage.

The competition was first held in the UK, and it has now spread to the US and other nations. In 2008, Ireland also hosted the contest.

In 2009, Google released a Doodle 4 Google event for India, and on November 14, the winning entry was featured on the Google India site.

A similar contest with the topic “Our Singapore” was introduced in Singapore in January 2010, and the winner was selected from among more than 30,000 applicants.

On Singapore’s National Day, Google Singapore’s homepage featured the winning design. In 2015, it was repeated in Singapore with the theme “Singapore: A Global City.”

Who was the first ever human to be featured on a Google Doodle?

The first Google Doodle featured actor was David Tennant from Doctor Who.

What are some best Google Doodles?

The top 5 Doodles that I find most appealing are:

What are the creative and funny google doodles till now?

Here are a few of my picks for the best Doodles.

I will only write global doodles. They are not regional ones.

Doodle is created by a group of engineers and doodlers at Google.

However, they are always interested in new suggestions from Google users for Doodly Feelings.

If you have any suggestions for a future Google Doodle, you may send an email to doodleproposals@google.com.

Yes, there are both country-specific and global doodles on Google.

If you are using a VPN or a browser that tunnels data through a server, you might not be able to view Google doodles for your country until you visit a domain that is specific to your country.

What are the worst Google Doodles?

A little boring was the latest “Doctor Who’s” 50th-anniversary doodle.

I was first thrilled to see a google doodle honoring one of my favorite tv shows, but my joy rapidly faded when I discovered that the game it connected to was a boring and repetitive timed practice.

I know I didn’t even bother to finish it, and I don’t believe any of my mates did either. It was tedious and just too long.

Shlok Mukherjee resident of Kolkata, West Bengal, has been selected as the winner of the 2022 Doodle for Google competition held in India.

Shlok expresses in a doodle his desire for India’s scientific achievements to be highlighted.

Who is lucky in Google Doodle?

The central character of the Doodle Champion Island Games is Lucky.

She competes in a variety of sports and is a calico cat with ninja skills who is dressed in a ninja costume and red scarf.

She named herself resembles the lucky Japanese cat.

What are some of the most famous Google Doodles?

Below are some well-known Google Doodle now:

Where is Momo Google Doodle?

She appears in the final side task as a talking NPC in a whirlpool at the Archery Section.

The implication is that she is the true Trophy Master.

The Halloween 2022 Doodle includes a number of references to Momo.

What is the highest Google Doodle cricket score?

516 is the highest Score on Cricket Google Doodle.

What does today’s Google Doodle stand for?

A Google Doodle is a unique, temporary modification of the Google logo that is used to celebrate significant occasions, accomplishments, and illustrious people from history.

As you search today’s google doodle, some doodle will appear about that day if today have some particular occasion, celebration, cultural day, etc

Google acknowledged that it altered its logo to grey as a memory of the late Queen Elizabeth II of Britain.