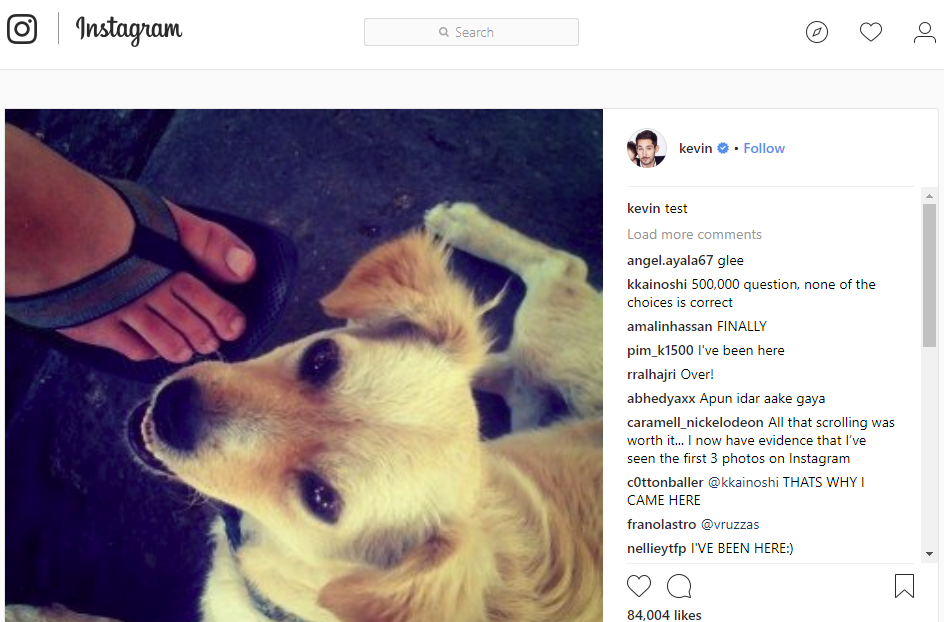 Ever thought what was the first picture on Instagram? So let’s get the answer.

4 years back on July 16, 2010, Instagram CEO and confounder Kevin Systrom uploaded the primary photo on Instagram, which lived on the phone Codename at the moment.

It might shock no one that the major image was a photograph of a pup (Dog). According to a spokesperson for Instagram, this picture of a golden retriever (Dog) was sent at a taco angle called “Tacos Chilakos”, and the foot belongs to Systrom’s lady.

You should not be shocked that the first picture on Instagram was a picture of a dog. Ultimately Instagram is the kind of place where any animal can become a celebrity in nights.

The name of the puppy and its holder are unknown.

Later all, Instagram has become the way of the site where puppies can become celebrities

Back then no one wondered that Instagram will be a hub for digital marketers.